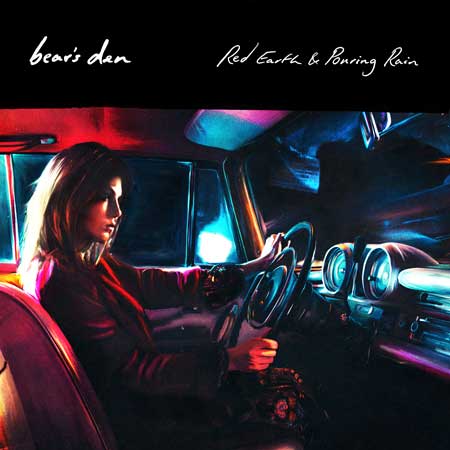 One thing that always remains true is music. This year I listened to 683 different artists and 2951 unique tracks, and that’s only through Spotify. I spend a huge amount of my time listening to music, whether it’s rediscovering an old favourite, or finding a new one. I’m not easily impressed with music, and if I like an album then I’ll listen to it until I’ve analysed every single nuance present. This year I made a conscious decision to listen to less of the bands that I’ve loved for years and start listening to new artists and push my tastebuds into a different territory. I can’t even begin to tell you how much good music is out there just waiting for you to discover it.

Here are the ones that stood out to me this year, and why:

I have no idea how I started listening to Gregory Porter. This voice has to be heard to be believed. Smooth, rich, demanding yet so graceful – Porter commands your attention from the opening line of ‘Holding On’ until the final note on ‘French African Queen’. It’s hard to describe this album as jazz, but there’s plenty of Herbie Hancock style moments. It’s also hard to say this is a pop album – yet there is something so accessible about what he does. Spotify ranked ‘Consequence of Love’ as my top played song of the year – which is hardly surprising considering the foundation of the song is based on a late night jazz/lounge piano feel, a mood that speaks straight to my heart. A great album from a guy who will no doubt be sporting that unique flat cap in venues around the world for years to come.

One of the most unique concepts for an album I have ever heard, these Aussie fellas have literally made an infinity album. Each track flows seamlessly into the next to create the illusion of one big long song. Even the final track on the album flows back into the first song on the album. Just fantastic. I’ll be honest and say I wasn’t sure about this album when I first heard it, but after a few listens I couldn’t stop. I think I even listened to it 4 times in one day. It’s an incredible record which deserves every accolade it gets (genre be damned!).

Scandal! I did have this as my record of the year since it was released, and I truly do love every part of it, however the following two records have pipped it in the final weeks of 2016. Nevertheless, Aussie boy Ry X has delivered a remarkable album, and the mood that he creates using only his voice and guitar is simply brilliant. Lush, falsetto vocals accompany his gorgeous acoustic/electric guitar for 11 tracks of pure delight. I have listened to this album more times than I can remember and I’m fairly sure I’ll be stealing ideas from it for a long time after this.

I almost felt bad putting this album so high on my list, because it felt like such a cop out that the greatest band of the last 20+ years released one of the best albums of the year, but you just can’t deny the fact that this is another fantastic album from Radiohead. It truly is just mind-blowing how they can constantly evolve their sound album after album, whilst always maintaining that quintessential Radiohead feel. There’s music here for everyone – upbeat guitar based tracks, slow and moody piano tracks, ambient and evolving tracks, an old live favourite and a cover. Personal favourite ‘Daydreaming’ is the type of piano song you aspire to write but never will. I am still discovering things about this album that I love and to me that’s what makes this album such an important body of work.

I can hear you saying now – who? I honestly haven’t enjoyed an album this much for years. There is just something about it that I keep coming back to. If I was to really analyse this album against my favourite of all time I doubt it would even stand up, but I just can’t stop listening. Every time I listen, the songs become deeper and more defined than the last time, and I find myself hearing things that I’m positive I didn’t hear the previous listen. On paper, its a simple formula – guitar based pop songs with a hint of synth work and plenty of reverb for all, but it’s the perfect relationship of lyric and music throughout that makes it stand out. I almost never want to listen to another Bear’s Den album for as long as I live, because I am positive it will never be as good as Red Earth and Pouring Rain.

Here are some other albums I’ve enjoyed and are well worth your time.